So this image has been popping up in my Facebook and reddit feeds a lot these past few weeks. At first I dismissed it as one of the many “cheesy wisdom” images floating around the net these days. This one was different though: I found myself thinking about it almost daily. At least for me, it seems to touch on something very real.

Here’s my take on it. There are two kinds of tiredness: one comes from working hard on something fulfilling. The other comes from doing either nothing, or a bunch of meaningless shit that you don’t care about at all.

Obviously, the second kind creates a vicious cycle: you do nothing meaningful, therefore you’re tired, therefore you don’t do anything meaningful. Here’s the thing though: the first kind of tiredness – the good kind – can also ignite that same vicious cycle. You’re super tired from doing all that great work, you rest just a little bit too much… and suddenly you’re tired from not doing enough. You may think you’re still exhausted from all the work, but you’re actually tired of… resting!

When resting makes it worse

This actually happened to me very recently. Writing Workflow (while working full time) was such a huge undertaking, I just didn’t feel like doing anything very productive for a while. As the “while” grew longer and longer, stretching from weeks to months, I kept telling everyone (including myself) how still exhausted I am from writing. But the tiredness was getting worse rather than better, and in the end I had to come to the realization that I have transitioned from being tired of work, to being tired of resting.  I forced myself to get productive again. After about two weeks of short (but consistent) productivity bursts, I stopped feeling tired. I felt like my regular self again – productive, engaged, and buzzing with ideas.

Folks – if you’ve been feeling tired for a long while, and if you know you’re getting more and more tired as time goes by, you’re probably “tired of resting”. There’s only one remedy: do the stuff that makes you happy (or that used to make you happy). Even if it feels too hard, even if you don’t want to, even if you’re really tired. Give it just fifteen minutes at a time, and see what happens. If you are indeed tired of not doing, the tiredness will fade away  – to be replaced with renewed energy and passion.

Credit where credit is due

Before you go: the image above now appears on countless blogs and social media posts, and yet it took me a good 10+ minutes of determined searching to find and verify its source. Apparently no one felt particularly inclined to credit the writer. So, just to give credit where credit is definitely due: the book is called “Nothing You Don’t Already Know”, by Alexander Den Heijer. You can buy the book here – and here’s the original tweet:

From my book ‘Nothing you don’t already know.’ If you haven’t got a copy yet, go to my website and check it out! pic.twitter.com/1f8kiNO5xA 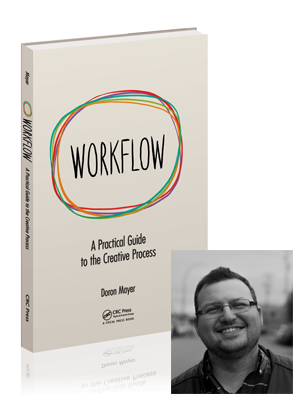